After a recent training course for entry level teachers, I was sitting in a café with some of the trainees when the topic of teacher roles came up. One of them commented that I was individualistic and that it accounted for my success. I was rather taken aback as I consider myself a team player. The trainee then pointed out that my favourite sport, cricket, is in essence an individual sport played in a team and that batsmen and bowlers effectively operate as individuals: you bat alone, you bowl alone and it is your individual effort that leads to success or failure for the team. This conversation led to some reflection on the roles of teamwork in an ESL set up and this post is the result of that reflection.

Let me start by clarifying that cricket is a team sport and that there are many similarities between cricket players and the individuals that make up an LTO (Language Teaching Operation). Batsmen bat in pairs and if one batsman doesn’t rotate the strike, the pressure on the other batsman increases and the effectiveness of that batsman decreases. The top order and middle order have specific roles. Similarly, successful bowlers operate in pairs. One bowler might dry up runs, applying pressure, allowing a strike bowler to take wickets. The fielders also play a huge role here. Not only is holding onto catches important, but good catches and good fielding apply pressure, get the bowlers to have their tails up and increases morale in the team. Team management, the coaches and the selection teams also form a very important part of this team set up and contribute not only to the individual performances of ‘star’ players, but also to the morale of the team. Every single individual operates as an individual and while their individual brilliance is important, they are very much part of a team.

When a teacher is planning his lesson or teaching in the classroom he is operating as an individual, much like a batsman or a bowler. But what about the role other teachers, the DOS, the Academic manager or any other administration or marketing staff play in the success of the school or of the individual teacher? The morale in the school and the LTO is probably more important to the direction and success of the school than any individual teacher, however good they are. Without realising it, teachers rely on the copy machine working, the bathrooms being clean, students being recruited and showing up for class, books being purchased and a multitude of other things that are often completely out of their control. Other staff rely on teachers to produce results that increase the reputation of the school and make their jobs as administration or marketing staff easier. As with any organisation, the individuals are important, but it is equally, if not more important to be a team player.

In a perfect world, each batsman in a cricket team contributes runs, but in many games, this doesn’t really happen. A number 5 batsman cannot refuse to go in to bat in the third over only because he’s a middle order batsman – he needs to contribute where needed. Similarly, situations might occur in a school where a teacher is required to do something that’s not ideal. If this consistently happens, your team has weaknesses, but this is also the time when average becomes exceptional and leadership qualities are highlighted. Helping out might increase your workload, but it will also show that you are willing to work in a team, you are flexible and you place the needs of the team above your own personal needs.

How long do you think the average sports person is active in his career? Cricket players practice for hours knowing that their careers as players can last around a decade, maybe a little more if they’re lucky. Is only doing something for a few years an excuse for doing it poorly? Or for not really trying to get better? Even the greats in cricket spend hours in the nets working on technique or ironing out problems. Should professional teachers not also show the same level of commitment to their trade?

Great team players compare themselves to excellence, not to other players. You don’t want to be just above the weakest link in the team. Professional development helps not only the individual, but creates a culture of excellence and a team of winners.

‘How can I work if everyone else drops the ball?’

There is nothing as frustrating as seeing plans go up in smoke when someone drops the ball. There’s also nothing as debilitating for a team as when members start blaming each other for failures. People make mistakes, but as team players, we need to work past those instances when balls are dropped, get back to our marks and storm in again with ball in hand. When the blame game starts, productivity goes down. Effectiveness goes down and no one wins. Good team players play the team game, not the blame game.

‘They need me more than I need them’

Not all players are equal. Some people are more talented, some work harder, but all of these individuals make up the team and contribute to its culture. But when players start seeing themselves as bigger than the game, they no longer respect those in the game and may even lose respect for those outside of the game. They lose their commitment,stop listening to the opinions or concerns of others, and place themselves first. Your classroom may seem a one-man-show, just like a batsman playing a brilliant innings, but never forget that your classroom is part of a much larger picture, and that the  students play as big a role in the success of the LTO as fans play in the success of cricket.

Contributing to success of others is a key element in tasting success yourself, but being a great team player – or being an ambitious individual within a team set up – does not mean you have to live, eat and sleep your job. Every once in a while, remember to take a step back, enjoy your hobbies or go on vacation.

This post was written by Gerhard Erasmus (@heimuoshutaiwan). Gerhard is currently the Director of Studies at a language centre in Taipei, Taiwan, and actively involved in teacher training, from entry level qualifications to tutoring on the Cambridge Delta. He has authored a Young Learners series and consulted on various curriculum and training design projects. He also co-authored the ebook Brainstorming with Hall Houston. His main area of interest in ELT is teacher development including continuous professional development.

Unsurprisingly for a community that grew out of social media, the topic of technology for learning and development has always been a cornerstone for #AusELT. One of our first ever Twitter chats back in 2012 was on experiences with technology in the classroom. In 2013, Paul Driver wrote an excellent and widely shared post for us on the topic of gamification in learning (you can read the summary here), and in 2014, Scott Thornbury’s thought-provoking post, ‘Edtech: The mouse that roared?’, generated so many tweets that the summary had to be divided into four separate posts! Later that year we were back with Huw Jarvis, the man behind the very helpful TESOL academic website of open-access keynotes, research and publications. Huw was concerned with how teachers and learners perceive mobile-assisted language use, and you can read the summary here. 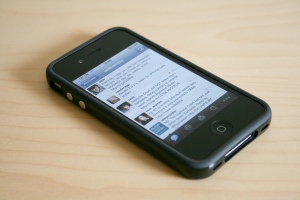 In 2015, the debate continues . . . but are we really moving forward? Those of us actively discussing the issue seem to agree that m-learning, used effectively and not just for the sake of it, has real value when based on sound pedagogy. Yet we are often stuck in a situation where institutions or colleagues still advocate the blind banning of mobiles in the classroom.

In our next #AusELT Twitter chat on Thursday 6th August 2015 at 6.30pm Perth time, 8.30pm Sydney time [click here to check the time elsewhere in the world], we would like to focus on how rather than if m-learning can work to our students’ benefit, and we are very lucky to have Mark Pegrum join us as guest moderator on this topic.

Apart from being an all round general nice guy, Mark is also an associate professor in the Graduate School of Education at The University of Western Australia, where he teaches and researches in the areas of e-learning and mobile learning. His recent books include: From Blogs to Bombs: The Future of Digital Technologies in Education (2009); Digital Literacies (co-authored with Gavin Dudeney & Nicky Hockly, 2013); and Mobile Learning: Languages, Literacies and Cultures (2014). Before the chat, please have a think about the following questions, suggested by Mark. We will use these to guide our discussion.

And of course please bring along your own questions – the more the merrier 🙂 If you are new to Twitter, please check out the resources available here and don’t be shy – we are a very friendly bunch and will happily help you out getting the hang of things! See you on Thurs 6th Aug!